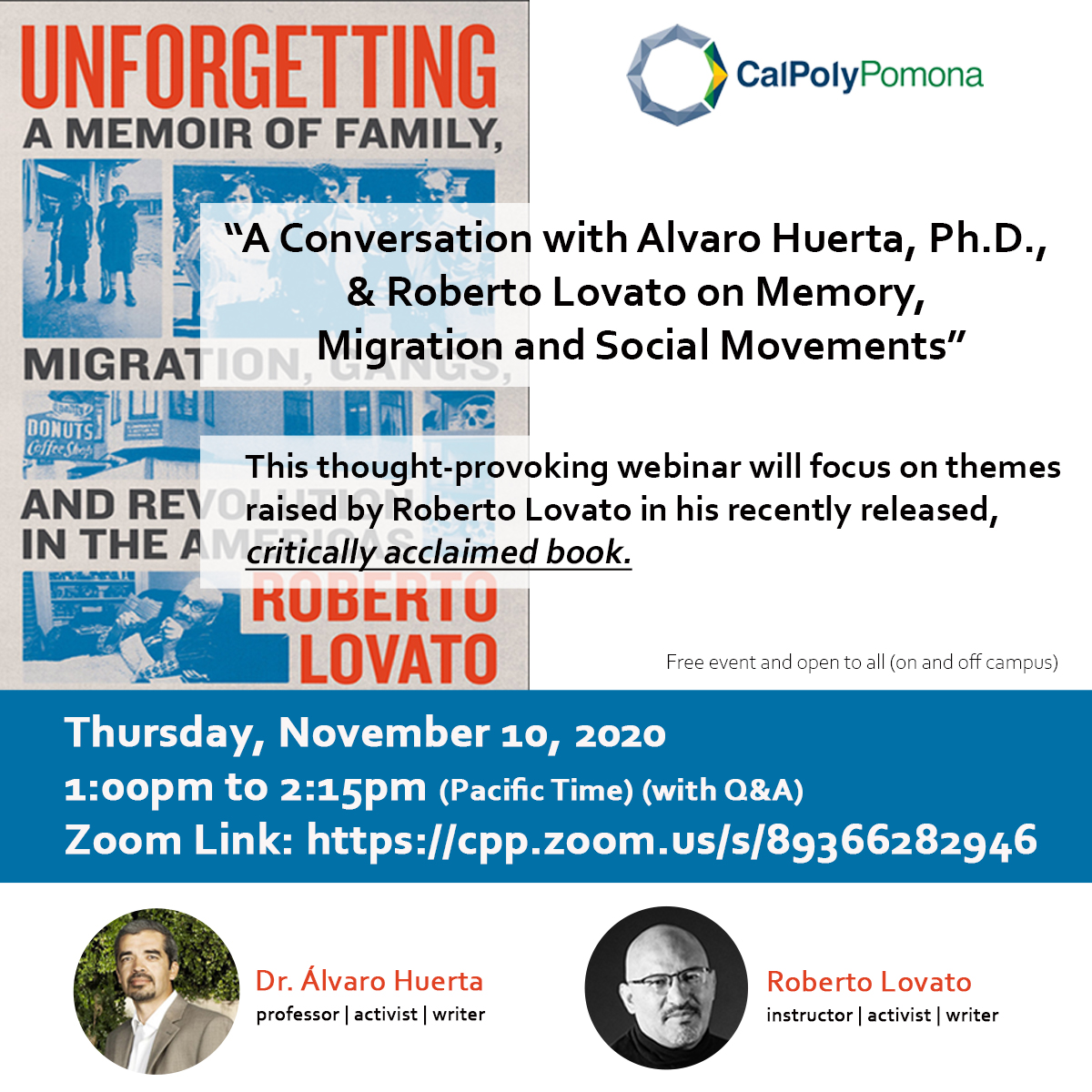 This dynamic webinar will focus on themes raised by Roberto Lovato in his recently released, critically acclaimed book.

Roberto Lovato is a journalist and a member of The Writers Grotto. He is one of the country’s leading writers and thinkers on Central American gangs, refugees, violence and other issues. Lovato is also a co-founder of #DignidadLiteraria, the national movement formed to combat the invisibility and silencing of Latinx stories and books in the U.S. publishing industry. He is also recipient of a reporting grant from the Pulitzer Center and a former fellow at U.C. Berkeley’s Latinx Research Center. His essays and reporting have appeared in numerous publications including Guernica, Boston Globe, Foreign Policy, Guardian, Los Angeles Times, Der Spiegel, La Opinion, and other national and international publications. He lives in San Francisco.

Dr. Álvaro Huerta is an Associate Professor in Urban & Regional Planning and Ethnic & Women’s Studies at California State Polytechnic University, Pomona. He’s the author of an award-winning book, Defending Latina/o Immigrant Communities: The Xenophobic Era of Trump and Beyond, among other publications. Born in the U.S., he spent his early years in Tijuana, Baja California, Mexico, and formative years in East Los Angeles’ notorious Ramona Gardens public housing project (or Big Hazard projects). The recipient of a Ford Foundation Fellowship, along with other awards, he holds a Ph.D. in City and Regional Planning from UC Berkeley—one of the first Chicanos to do so. He also holds an M.A. in Urban Planning and a B.A. in History from UCLA.